Bad Boy Mississauga first opened in 1992 at 1480 Dundas Street East, and was the second store to open up since Blayne took Ontario by storm! The new store was a hit, and a great addition to the GTA’s West-End community. After about 20 years at this address, there was need for more space! So, in May 2013, the shop moved just down the street to 1970 Dundas Street East. Boasting 25,000 square feet of space, a 2 minute drive to Hwy 427, and close to local transit, the new location was a welcomed upgrade. Parking is available for all Bad Boy customers as well.

Plus, the Mississauga Superstore can accommodate every budget! If you’re looking for a deal on appliances and dining, looking to save on mattresses and bedrooms, or searching for discounts on upholstery and accessories, Bad Boy Mississauga has what you’re looking for! Get the best deals in town at Lastman’s Bad Boy with Canada’s lowest prices since 1955!

Come visit the Award-Winning staff at Bad Boy Mississauga that also happens to be the most experienced! Our longest-standing employee has been with Bad Boy for over 17 years, plus 75% of the staff at this location have been with the company for over 10 years! The Mississauga team has been honoured to serve such high profile clients such as Former Mayor Rob Ford, Doug Ford, as well as former Toronto Maple Leafs enforcer Tie Domi and former Toronto Maple Leafs GM Gerry McNamara. This store prides itself on its experience, and treats every VIP Sales Event like a Black Tie event; everyone dresses in black & white for the event!

Stop by to see Who’s Better than Bad Boy Mississauga? 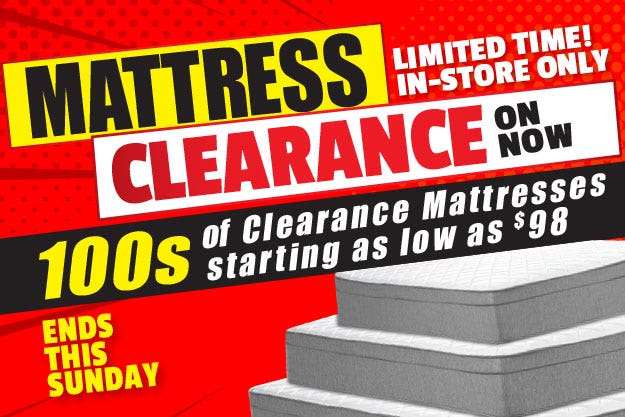